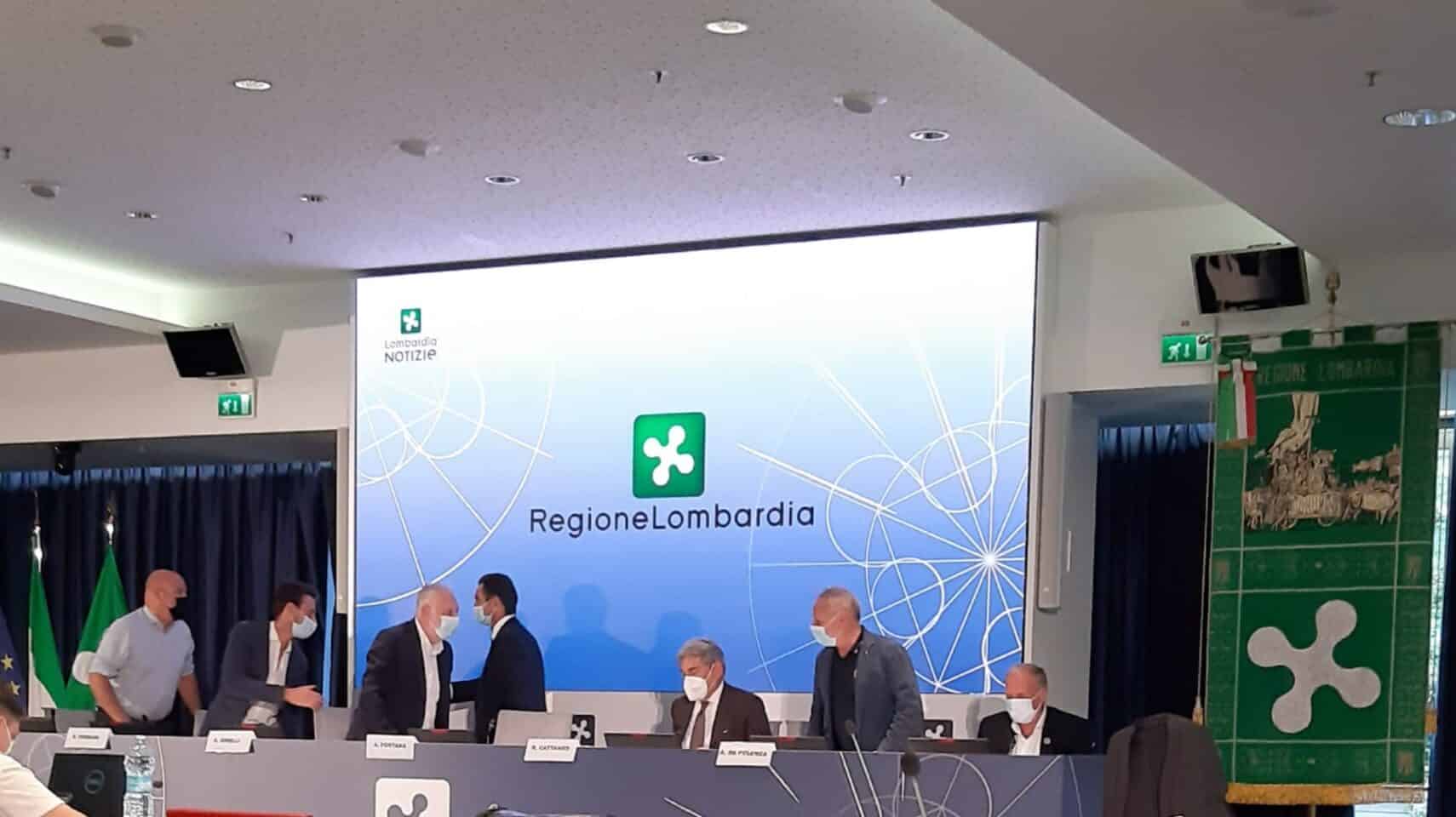 “Scientists, citizens, students and administrators, let’s work together to protect the mountain territories and our future”(President Fontana)

A project and an international conference that intends to bring the mountains to the attention of the United Nations putting them at the center of actions aimed at environment protection.

Milan, Lombardy Palace
15% of the world’s population lives in the mountains – more than the entire population of Europe. Between 60% and 80% of the fresh water available on Earth derives from the mountains. 1.9 billion people depend on mountain water resources: more than a quarter of the inhabitants of the entire planet. These data alone are enough to show how important it is to protect mountain areas.

Mountain Genius is a project and a brand with an evocative name which, as a first initiative, launches High Summit Cop26, an international event dedicated to Mountains, Climate Change and Sustainable Development that intends to bring the Mountains back to the center of scientific and political debate.

The conference, that will take place on September 24th and 25th at the headquarters of the Minoprio Foundation and EvK2Minoprio – who organized the event – was presented yesterday September 14th at Lombardy Palace, the region that strongly believed in the initiative.

9 scientific sessions in 2 busy days, dedicated to various themes connected with the mountains and the topics of the conference: from climate change to water resources, from ecosystems to environmental and socio-economic impacts, from disruptive technologies to transport and circular economy, from European strategies for the management of alpine territories to the well-being and life of mountain communities.
A special session, the ninth, is dedicated to the point of view that the new generations have on all these topics and involves students from the school of Minoprio, the University of Milan, Unimont and Polytechnic of Milan.

The presentation was attended by the President of the Region Attilio Fontana, the Councilor for the Environment and Climate Raffaele Cattaneo, who will moderate the session dedicated to the mountains of Europe, Stefano Peverelli, President of Minoprio Foundation, Agostino Da Polenza from EvK2Minoprio, creator of Mountain Genius project and promoter of the initiative, Efrem Ferrari, Consultant of the World Bank and Andrea Gibelli, President of FNM Spa and ASSTRA (Italy).

President Fontana underlined the reasons why Lombardy Region intends to promote initiatives such as this one: “Protecting the environment, promoting sustainable growth, enhancing biodiversity, defending fragile territories are some of the priorities that politics must pursue with commitment and determination. These actions require the involvement of everyone – companies, citizens, students and public administrations – to deliver a fairer future to the next generations”.

“What Mountain Genius intends to be is clearly stated in the ‘pay off’ that we chose: ‘The Mountain Hub’, the reference point for everything related to the mountain world. It is an ambitious perspective, but we consider it the only one possible to frame the reality we want to deal with: the mountains of everyone – as Agostino Da Polenza declares – High Summit Cop26 is the first major launch event of the project, an international conference with the participation of more than 70 people including researchers, stakeholders, administrators, entrepreneurs and economists, to underline the fact that synergistic view and actions are necessary to safeguard the territories”.

“This event draws attention to the importance of mountain areas for the protection of the environment. And the Lombardy Region – as the Councilor for the Environment and Climate of the Lombardy Region Raffaele Cattaneo affirms – is supporting a development model based on sustainability, protection of biodiversity and fight against climate change. A necessity even more evident in the most advanced and developed territories such as those concentrated around the Alps. Green economy and sustainability must be at the center of the Alpine Regions policies, in a new plan to recovery and restart through sustainable development, in terms of resilience and rebirth. Contents that the Lombardy Region wanted to put at the center of its policies also through the alpine macro-regional Strategy Eusalp, in which it strongly believed”, says Councilor Cattaneo.

“The initiative by EvK2Minoprio and Mountain Genius gave birth to a reality that leads the Foundation, which has its focus on agriculture, to having a new and international view on mountains and environment. – According to Stefano Peverelli – This international conference involves students and also sees young people from Minoprio Foundation school as protagonists, an important perspective because they will soon be protagonists and responsible for the protection of our Planet”.

“Environmental technologies and circular economy as well as awareness and social and school education – Efrem Ferrari stressed – are some of the keys to defeat poverty and start actions for adapting to climate change, mitigating its effects, also in the mountain regions of the planet, which are crucial.”

Andrea Gibelli focused on the relevance of the sustainability issue for the FNM Group and recalled that “thanks to H2iseo, the first italian Hydrogen Valley will be born in Valle Camonica. The goal is the complete decarbonisation of a significant part of the transport in that area. The project will involve the whole territory in a logic of supply chain and circular economy”.

High Summit COP26 is an event organized by EvK2Minoprio in collaboration with numerous entities and institutions which involves, in addition to the participation of the Lombardy Region, also the patronage of the Ministry of Ecological Transition and the Ministry of Foreign Affairs and International Cooperation.
The event takes place as part of the All4Climate events for PreCop26 and the conference outputs are expected to be brought to Glasgow in the framework of COP26, to bring the results of the conference to the attention of major international institutions.

High Summit COP2 is the first event that takes place within Mountain Genius, a brand and project that intends to gather around itself the know-how of organizations, institutions, professionals and researchers who deal with scientific research, territorial management and development projects in the mountain environments of the world.

You can download the brochure of the event at this link:  https://mountaingenius.org/wp-content/uploads/2021/09/International-conference-HIGH-SUMMIT-COP26.pdf 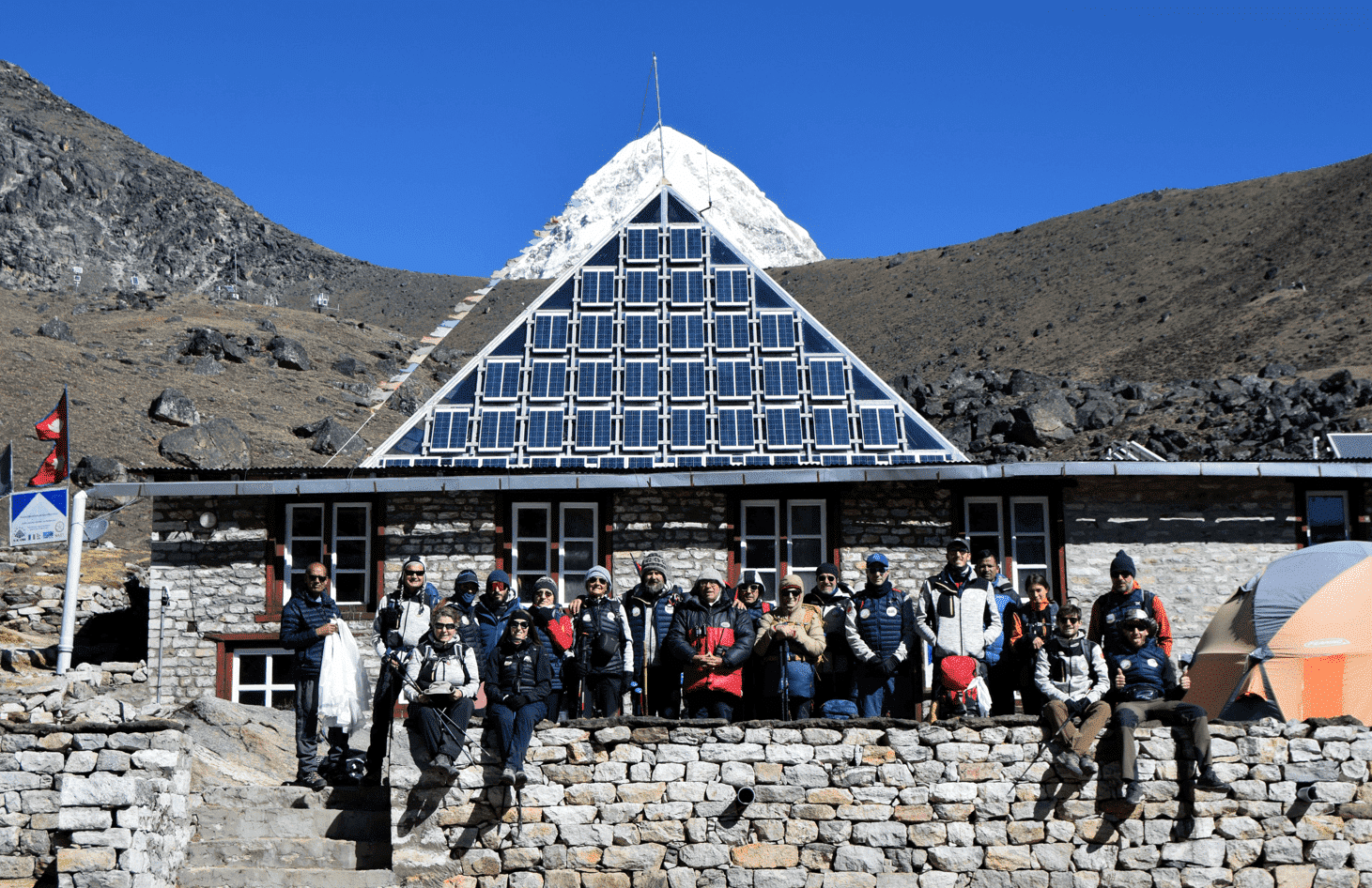 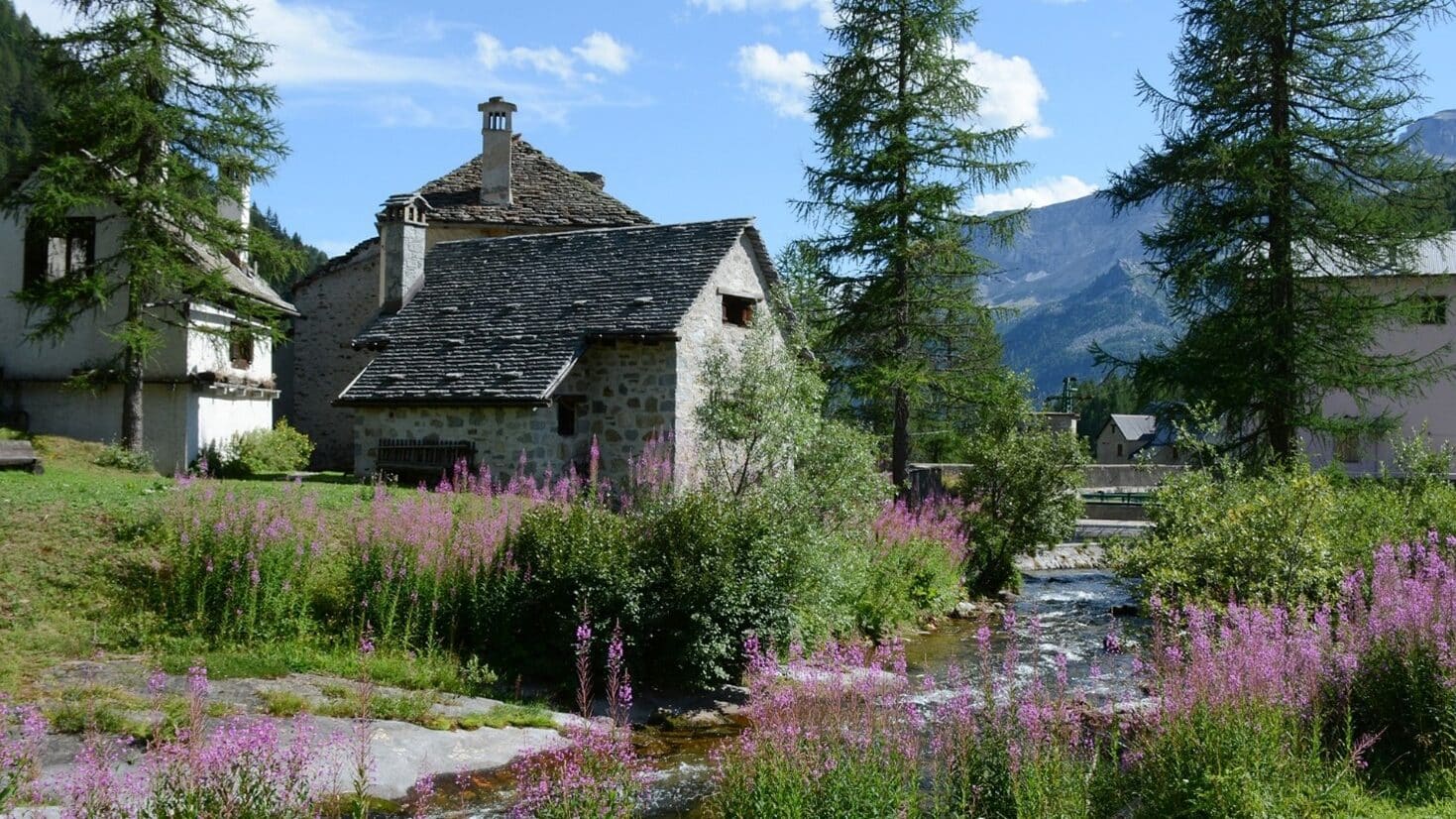 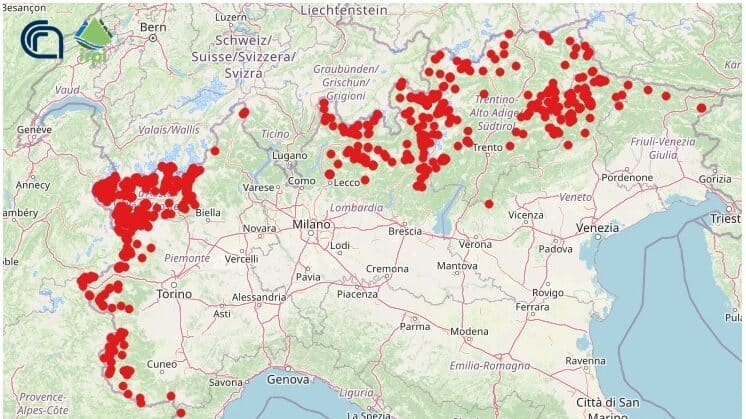 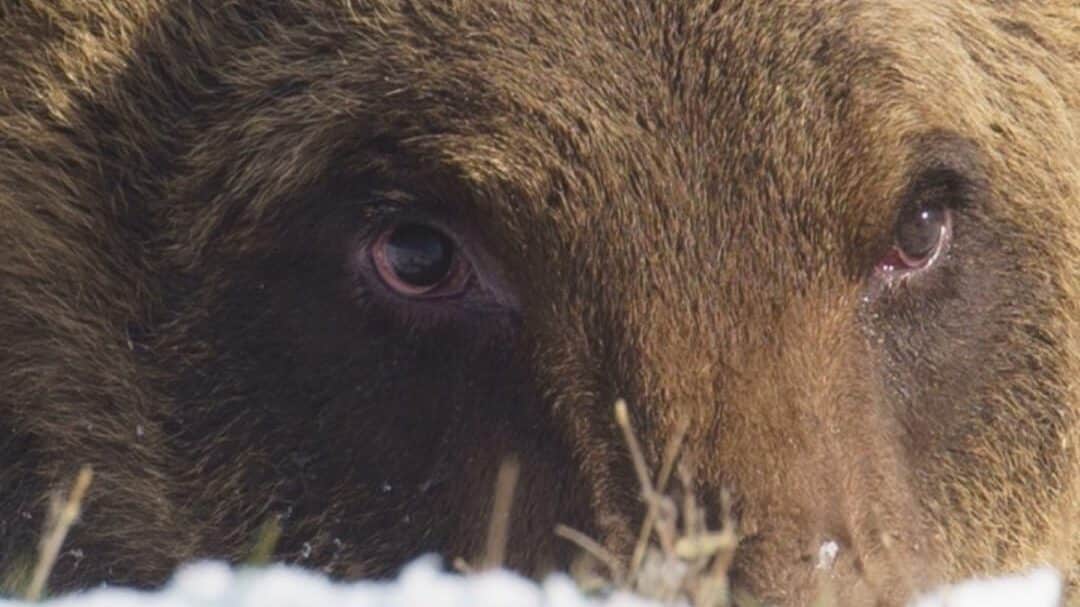 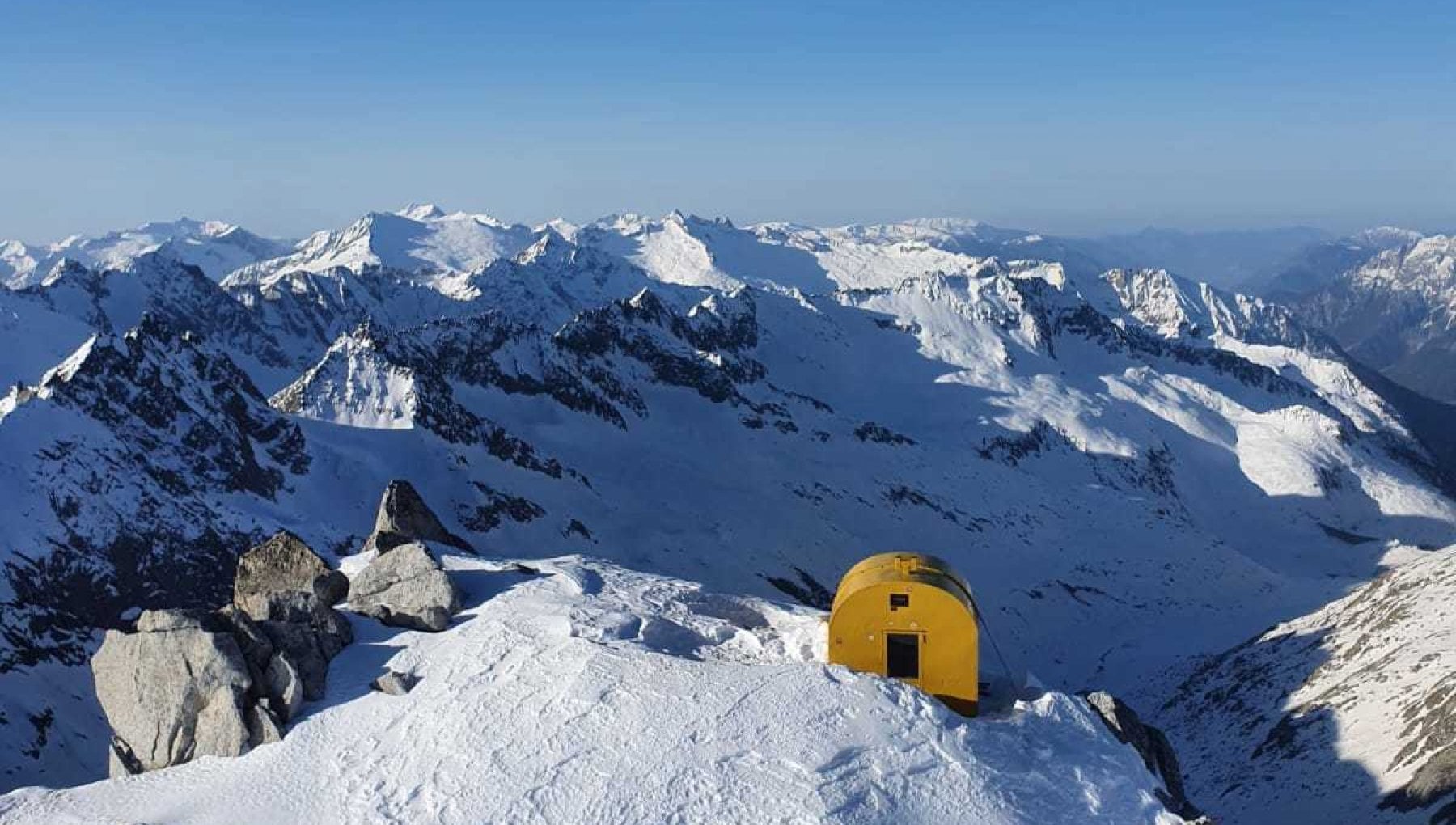 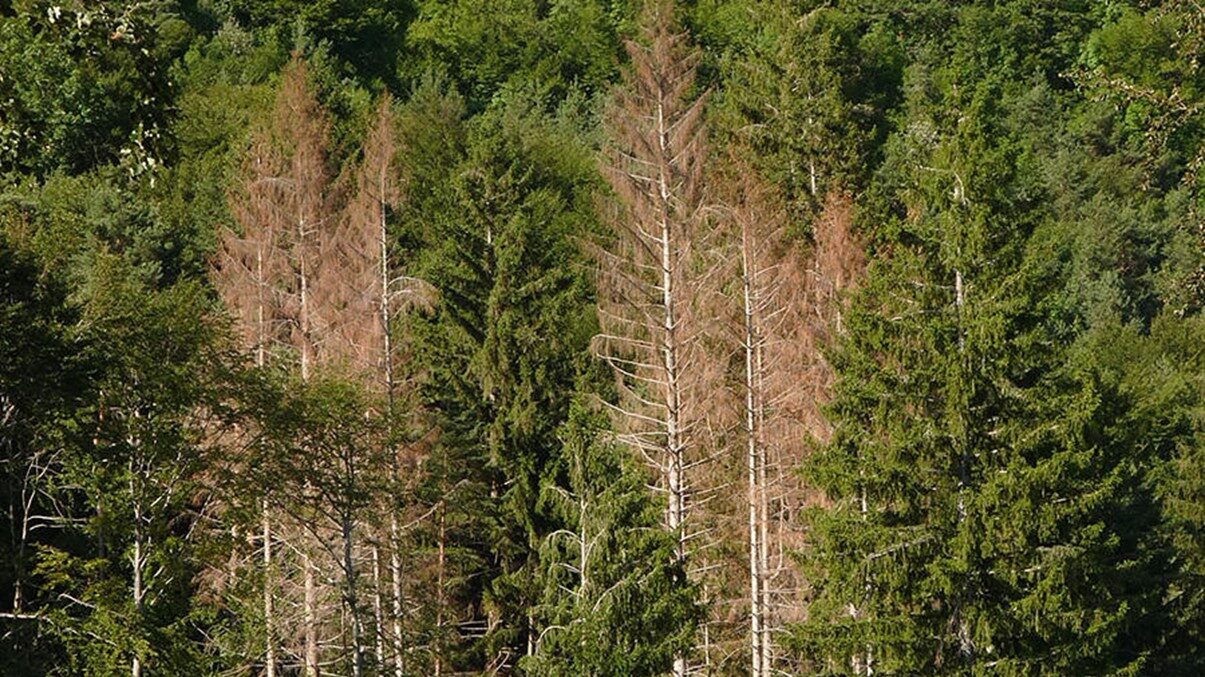 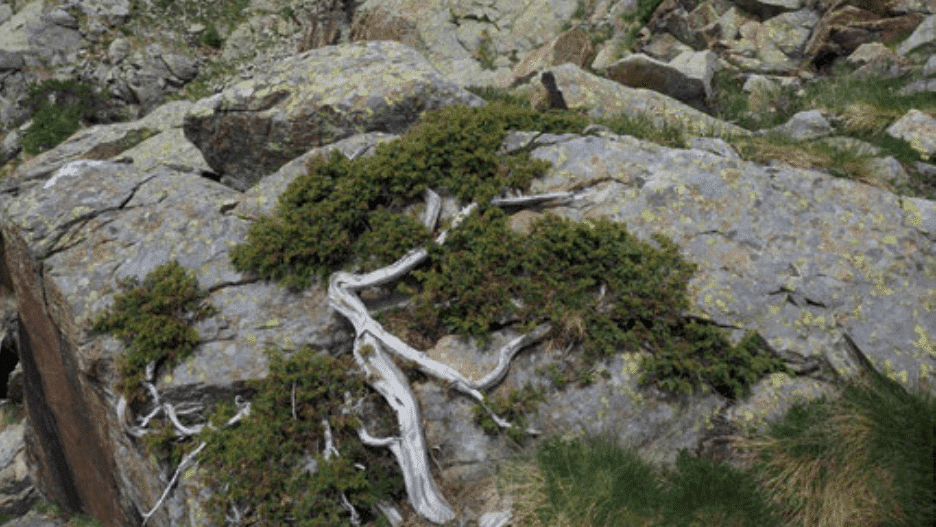 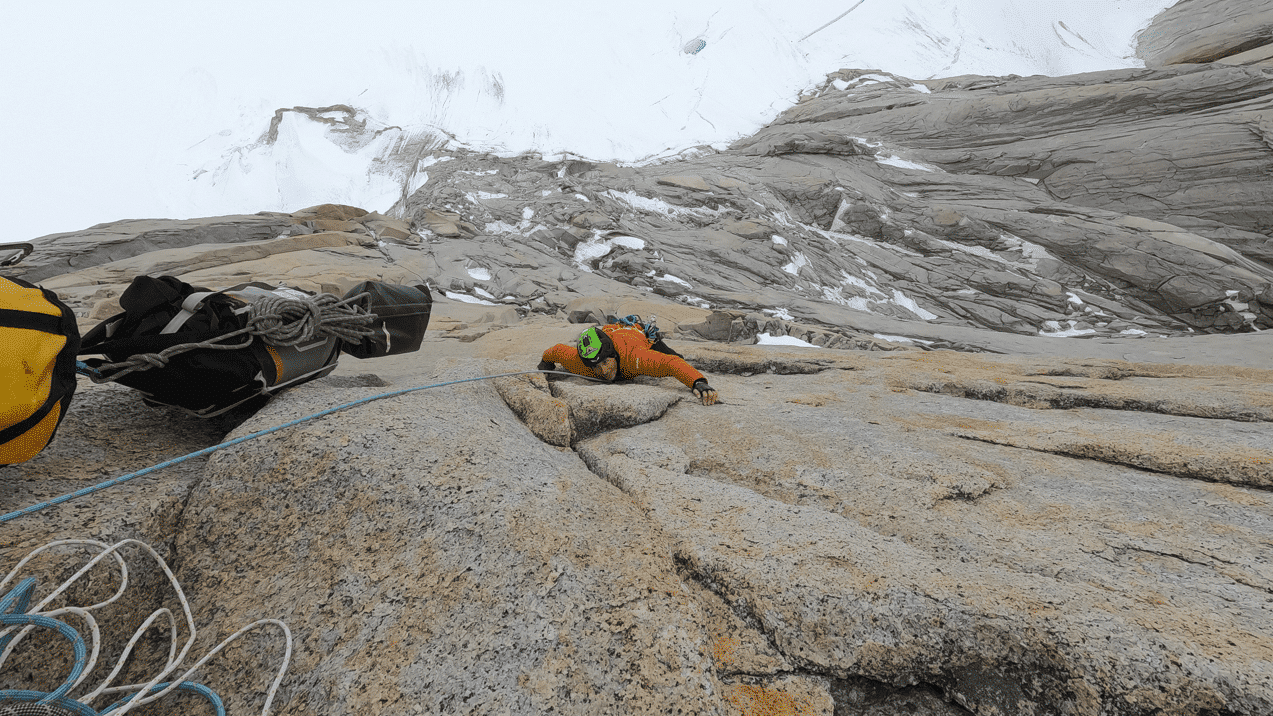 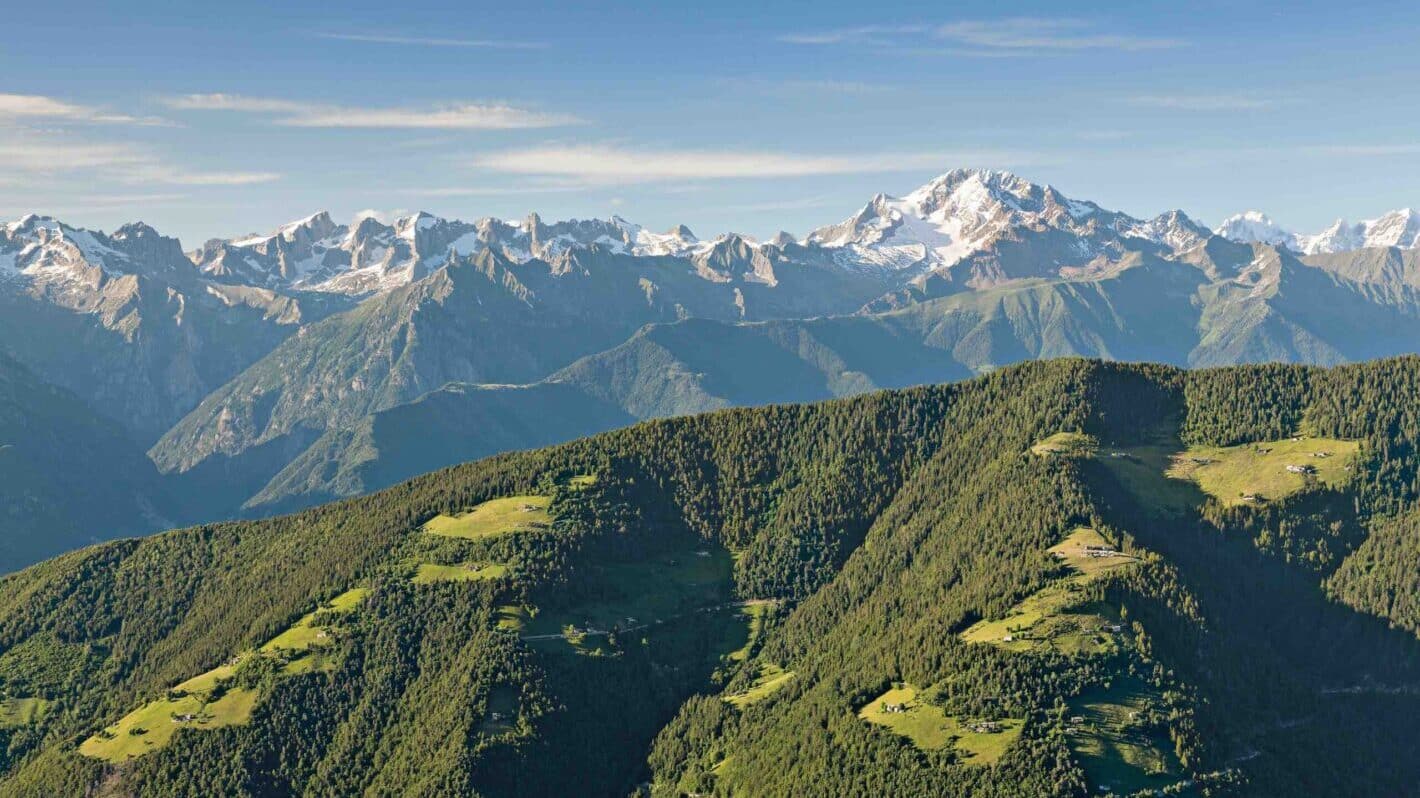 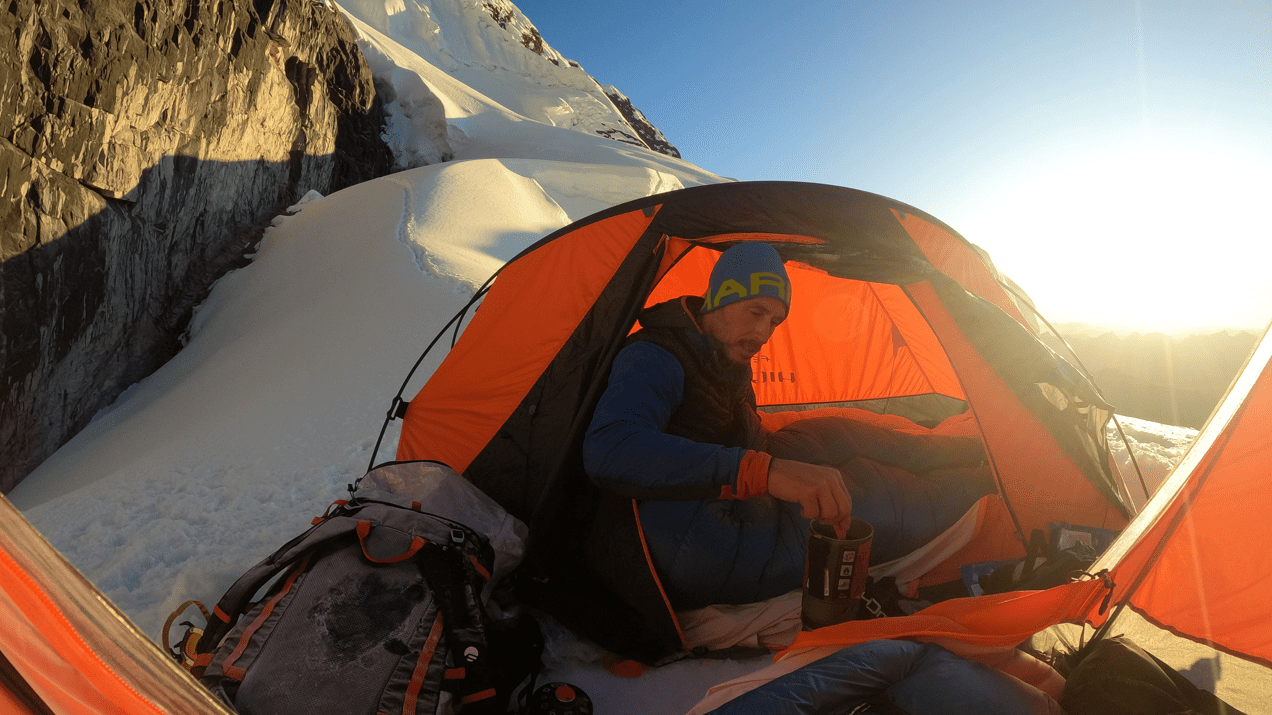 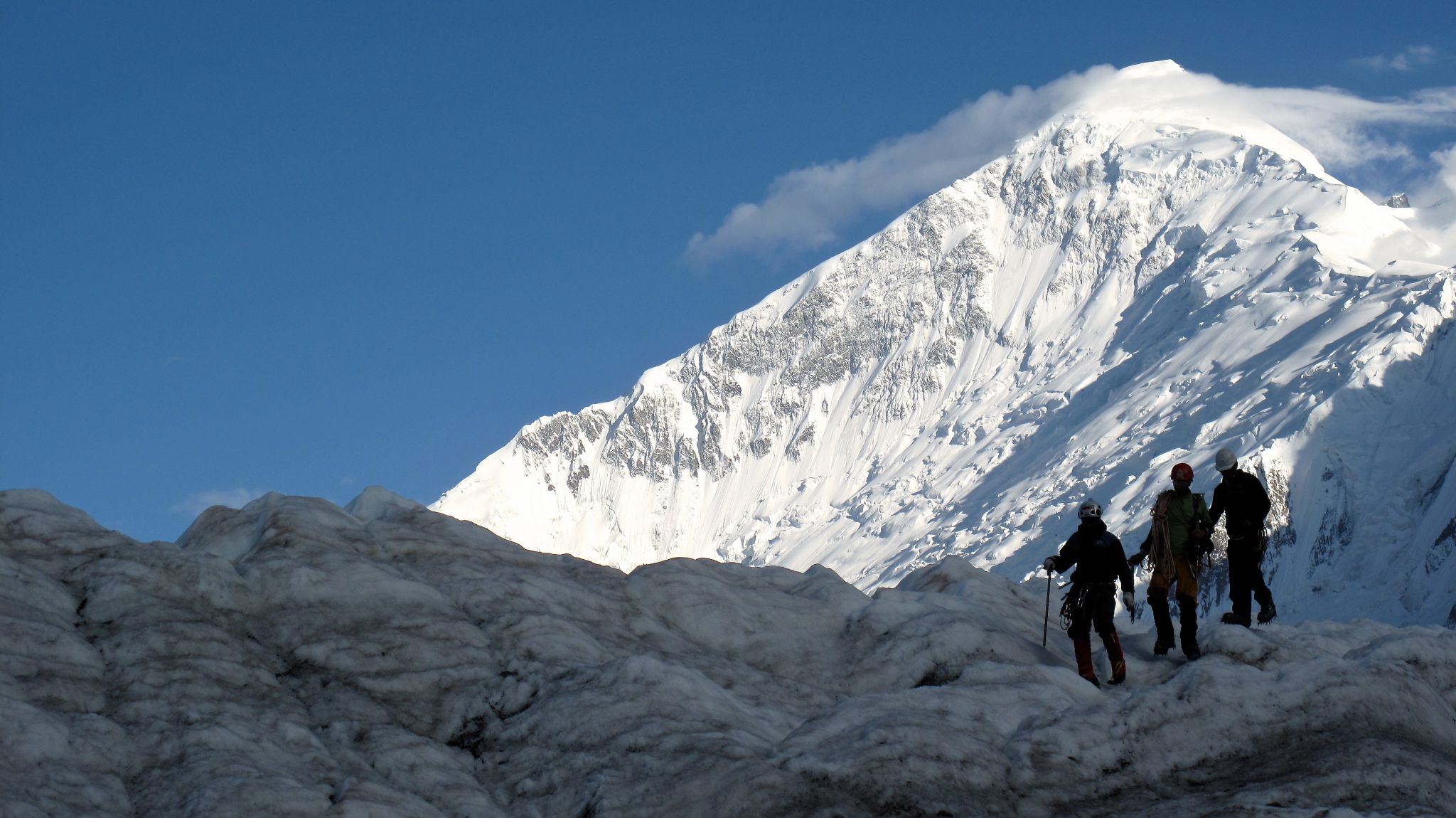 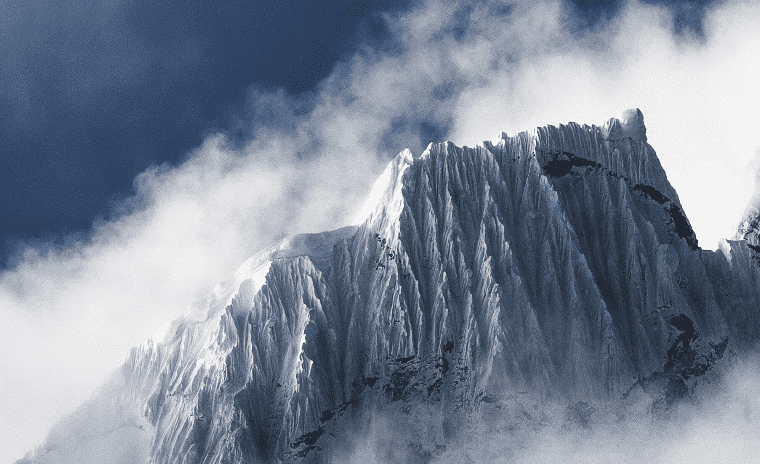